A few weeks ago a guy called the Tassanoxie Sentinel to whine to one of the reporters that he done wired about $15,000 to some scam artist. This guy actually believed someone from the IRS would just up and call and tell him he owed a pot of money and that he better wire it to this address pronto.

Well, this guy wired the money and being he was easy pickings, the scam artist called again for more money. Fortunately, a friend warned the guy he better check with the IRS before he sent more money.

Now he was calling the paper, wanting them to warn other folks about the scam.

First of all, who in their right mind would wire money to the IRS without first calling them to check it out? Or maybe driving about 30 miles to the local IRS office and talking with someone in person? How many times do our city, state, and federal government officials have to tell folks they will not be contacted by phone and asked to wire money anywhere?

A few months ago, I blogged about how easy it was to get a fake diploma online. Being a naturally curious person and a reporter by trade for years, this guy’s situation got me to researching the whole scam situation. The FBI tries to stay on top of this and their website is plum full information on frauds like telemarketing, identity theft, romance fraud, Ponzi schemes, and Internet scams. They even have a Internet Crime Complaint Center (IC3–you can thank the federal acronym office for that one!) for gathering data on Internet crime and catching the bad guys who do it.

The job of all these FBI crime fighting units is to reduce the amount of economic loss folks experience. Although if we continue to be dumb enough to just send money to people who call or email us, I think it’s a losing proposition for the FBI.

And we’re talking millions, probably billions of dollars, worldwide each year. In 2014, over 260,000 folks complained to the IC3 with a total of $800 million lost. And here’s the best part of the statistics: only an estimated 15% of the nation’s fraud victims report their crimes.

It was interesting to see which age groups and sexes fell for the different types of scams. More men over 30 went the auto fraud route, trying to buy a car for way below market value. But more women 30 and older fell for the emails impersonating an important government official. (Like the director of the FBI would email me!) These women ended up losing about $1,450.00 a complaint. Men and women over the age of 50 went for the online rental or sale of real estate.

The confidence or romance scam affected four times as many women as men. Women over the age of 40 got burned by the online scam of scammers pretending to be military members. These guys use sob stories to pry money from their victims, whose softhearted response lost them over $71 million in 2014. 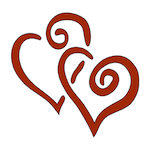 The money lost everyday to various scam artists boggles the mind, but also explains those relentless phone calls and emails. Scamming is a huge money maker.

I reckon those of us who haven’t yet fallen for a scam shouldn’t be too hard on those who have. There may be a convincing scammer in our future.

Fact is, the reasons people fall for scams are as varied as the scams. Loneliness, mental deficiency, desire to make a quick buck, altruism–you get the idea. And becoming a victim is easier than you think whatever the reason. What with the Internet, social media, cell phones, and apps for everything scamming gets easier by the minute.

So when that fake IRS agent calls, don‘t panic and start sending money. Do somer homework. Find out who they are and make an informed decision before sharing your bank account.

It might be as easy as hanging up the phone or trashing the email.
Posted by Mabel Tuckingham at 7:04 PM