Imitation Kennel Clubs: Where A Terrier Can Be A Pug

My cousin works with an animal rescue group in Mississippi that offer free rabies vaccination clinics for pet owners. One day my cousin was filling out the paperwork on a dog who’d just got her shot. Being as she’s a polite Southerner, she asked the woman what breed her dog was.

Anyway, proud as punch this woman announces, “She’s a pug.”

Now my cousin has been a volunteer with animal rescue for many years. She’s seen a lot of dogs. This dog was not a pug. So she tells the owner, “No, she’s not a pug, she’s some kind of terrier.”

“I have her papers and she’s pug! So you just write that down there on her certificate.”

My cousin got a little starchy at that. “Ma’am, your dog is a not a pug and this is an official government document, I can’t write down that’s she’s a pug when she 's not.” 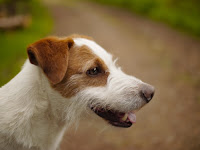 The very upset woman took what she considered to be an incorrect certificate and stomped out the door. A local vet called my cousin several hours later. Seems the “pug” owner had tried to get the vet to redo the rabies certificate. The vet declined since the dog was not a pug.

One has to wonder about a pet owner who doesn’t know what breed of dog she has.

But she has “papers,” you say.

Well, that’s the problem. Seems there are unscrupulous folks out there who run imitation “kennel clubs.” Backyard breeders send these folks a few dollars and they “register” the dog. The backyard breeder gets some fancy paperwork that says this litter is “registered with such and such kennel club” and the puppies are whatever the breeder claims. The imitation kennel club doesn’t require any proof of the parents’ lineage. The pups can be any breed under the sun. Basically, they are what we politically correct dog people call “mixed breed.”

It’s a scam. Pure and simple. It’s aimed at folks buying dogs from backyard breeders. I’m not sure if the seller is dumb as rocks, but it pretty clear the buyer is. The seller sounds like someone who’s just trying to make money by pretending to have a purebred dog. And they got the paperwork to prove it.

Frankly, I wonder about that woman the terrier-pug woman. It’s not like pugs are easy to confuse with other dogs. Their little faces are flat and they look like they ran into a wall. Most dogs have a pointy muzzle that sticks out from their face. Confusing a pug with any breed that doesn’t have a flattened muzzle is just plain ignorant.

I don't about you, but I gotta wonder if someone can’t tell a pug from a terrier, do they really need a dog?

Posted by Mabel Tuckingham at 6:31 PM