I covered a lot of local, state and national elections during my years as a newspaper reporter. I believed I’d seen it all, but as soon as a body starts thinking like that, you find out you haven’t.

What am I talking about? A political supporter who gets their photograph made, not with the real-life candidate, but with a life-size cardboard cutout candidate. Like one of those standups they use for movie releases.

If that don’t beat all, I don’t know what does. Worst part, how do you politely respond when a friend shows you said photograph? I mean, I wanted to laugh, but good manners, pounded into me by my mama, made sure I didn’t do more than giggle myself into a fake cough. 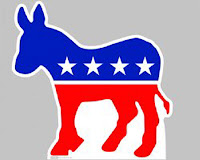 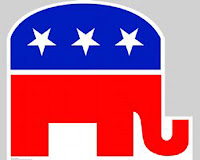 Now, I realize Alabama is not one of them so-called swing states. Not with a state population a tad under five million residents. And we’re talking, residents, not voters. Those numbers put us on the low end of any national candidate’s interest. Fact is, national leaders only visit Alabama when we’ve suffered horrific national disasters Like Deepwater Horizon or killer tornadoes. Based on the noticeable lack of interest by national candidates during election time, I guess the local politicos decided that a cardboard cutout of a candidate was better than nothing.

My friend certainly thought so because there she is standing next to her smiling, life-size candidate as happy as she can be. Which kinda scares me. If it’s that easy to please a voter, will candidates begin to ship out cardboard replicas of themselves instead of bothering to campaign? Picture the campaign bus pulling into town to unload, not the candidate, but cardboard cutouts.

Once elected, will they use the cardboard replicas of themselves when they don’t want to show up for work? Hmmm, maybe not a bad idea.

Imagine, a Congress full of cardboard replicas. Is that such a bad idea? Think about it. The cardboard cutouts might actually get something done.
Posted by Mabel Tuckingham at 1:18 PM No comments: