A candidate for office in Ohio (you’ll recognize the political party any second) has come up with an interesting accusation: he claims President Joseph Biden is trying to kill off MAGA voters.

How, you ask? Well, according to this guy, the dastardly deed is being achieved due to the current border policies whereby Mexican drug lords send their minions into the country with truck loads of fentanyl. These minions drive their trucks into the heartland of the USA and sell fentanyl to unsuspecting MAGA voters. 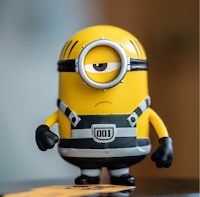 These voters take the fentanyl and die!

The candidate claims :“If you wanted to kill a bunch of MAGA voters in the middle of the heartland, how better than to target them and their kids with this deadly fentanyl?”

I’m sure the MAGA voters in other parts of the USA are heaving a sigh of relief, happy to hear only Midwestern MAGA voters are being targeted.

I think this dude is trying to enflame MAGA voter support with the implication that if he were in Washington, D.C., he’d put an immediate stop to these shenanigans.

It appears he’s trying to appeal to the MAGA base, but then again, isn’t he sort of saying MAGA voters who live in the “middle of the heartland” are all drug addicts? Will they even be able to find their designated voting site?

I heard many of these conspiracy theory guys hold their very own MAGA folks in contempt. Why? Because the guys who spew these theories are amazed at how easy it is to lead their followers down any number of dark conspiracy theory rabbit holes.

Since the guy claiming MAGA voters are drug addicts won the Republican primary, it does make one wonder about the IQ factor of MAGA voters. I mean, this guy basically said if you wave fentanyl in the face of a MAGA voter they’ll buy it and become addicted.

I don’t even live in Ohio and I’m not even a MAGA voter, but I still thought this type of campaigning called the intelligence of MAGA supporters into question.

Speaking of questions, I had a bunch:

How do they know where to take the trucks?

Do they have a master list of MAGA voters to use as a guide for deliveries?

Then again, how do they know to target only MAGA voters?

How many conspiracy theories does the average MAGA voter have?

Where do these theories come from?

Is there a company whose sole purpose is to create conspiracy theories for the members of this political party?

How much does a conspiracy theory cost?

So many questions, so few answers.

Posted by Mabel Tuckingham at 3:09 PM No comments: